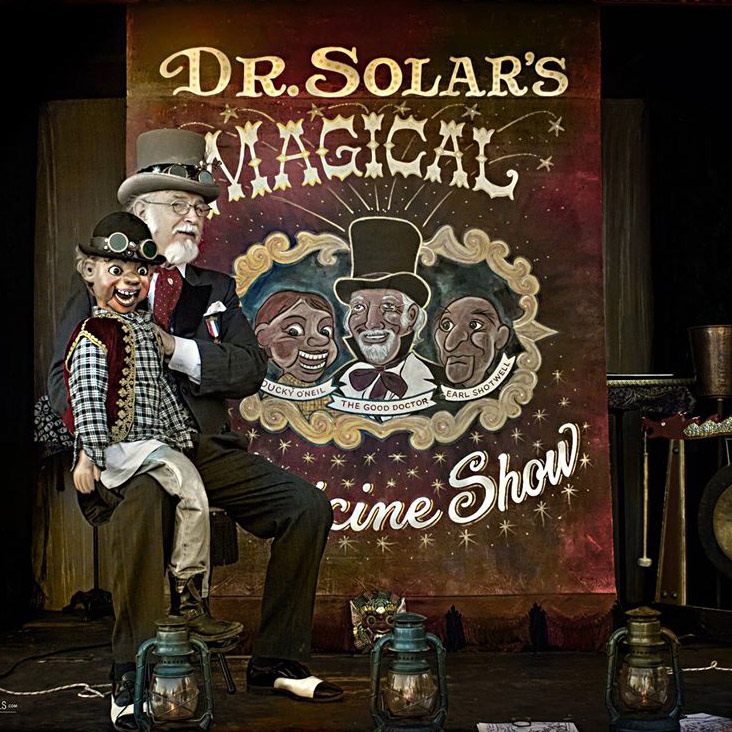 A Unique Family-Friendly Entertainment Experience-Based Upon the Traditional Traveling Medicine Shows from the Turn-of-the-Century, 1870- 1930, a major renaissance period in the theatre and arts in America. Unlike any other show you will experience, Dr. Solar’s show is the Premier Traveling Medicine Show On the West Coast; a truly Americana presentation, in the format that took varieties-style entertainment and worldly wonders to Small-town, USA. The Good Doctor has been well received before tens of thousands of people including service clubs, corporate affairs, pre-schools, elementary schools, libraries, fairs, and countless birthday celebrations. He has had appearances on such programs as Good Morning America, The Today Show, The Daily Show, The Tonight Show, United Airlines, News in the Sky, and on the Discovery Channel.

He is a thirty-year pioneer in solar living having built his 100% passive solar home in 1979. The first solar panels for residential use were sold in 1978 by REAL GOODS, then in Willits, Ca., the solar capital of World. By the mid nineties, only 500 solar homes existed in California. In 1983, not content to merely offer up his home for solar tours, the Good Doctor decided it was time to spread his eco-message through his entertaining Solar Road Show.

This environment can be found in: