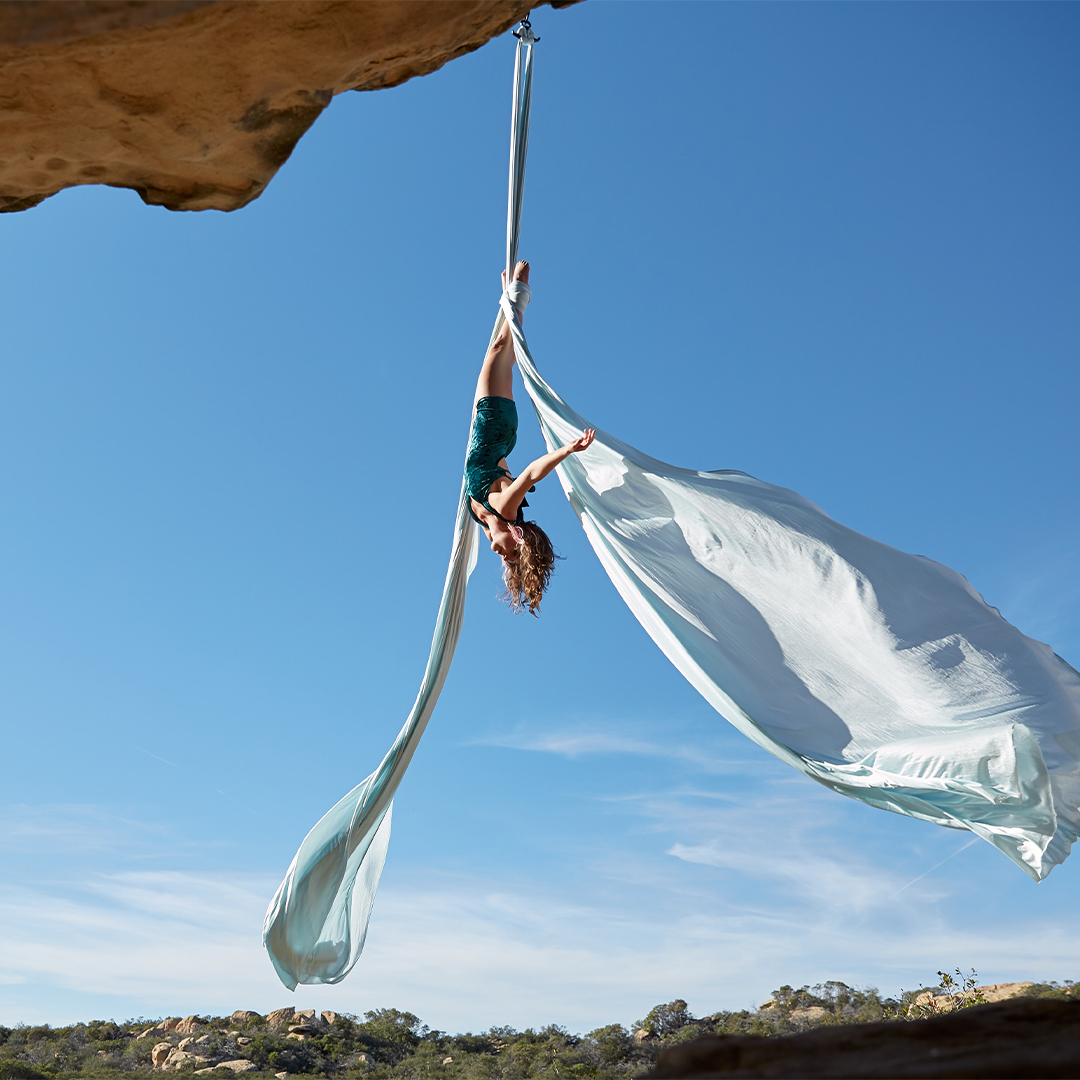 She has performed with many local music, dance and aerial art groups including the UCSB Middle East Ensemble (2012-2014), Airedanse Collective (2017-2018), and Elevated Dreams Performance Tribe (2016-Present).

In 2013, Liv was awarded a full-ride scholarship to the Middle East Music and Dance camp in Mendocino, California where she studied authentic styles of Middle Eastern music and dance from world-class performers including George Laman and Shahrzad Khorsandi.

Since 2016, she has trained in aerial arts with world-class aerial and circus performers including Autumn Lotus, Matthew Leopold (The Greatest Showman), and Tammy Firefly.

She continues to perform in popular events in the area including including 1st Thursdays, One Love Festival, Santa Barbara Summer Solstice Celebration, Lucidity Festival, and BASSH, as well as the Fishbon Pescadrome‘s interactive theater events Conspiratorium and Blisstopia.

Today, Liv works closely with resident artists at the Santa Barbara Center for Arts, Science and Technology (SBCAST) and teaches Aerial Silks for Beginners at Elevated Dreams in Santa Barbara.