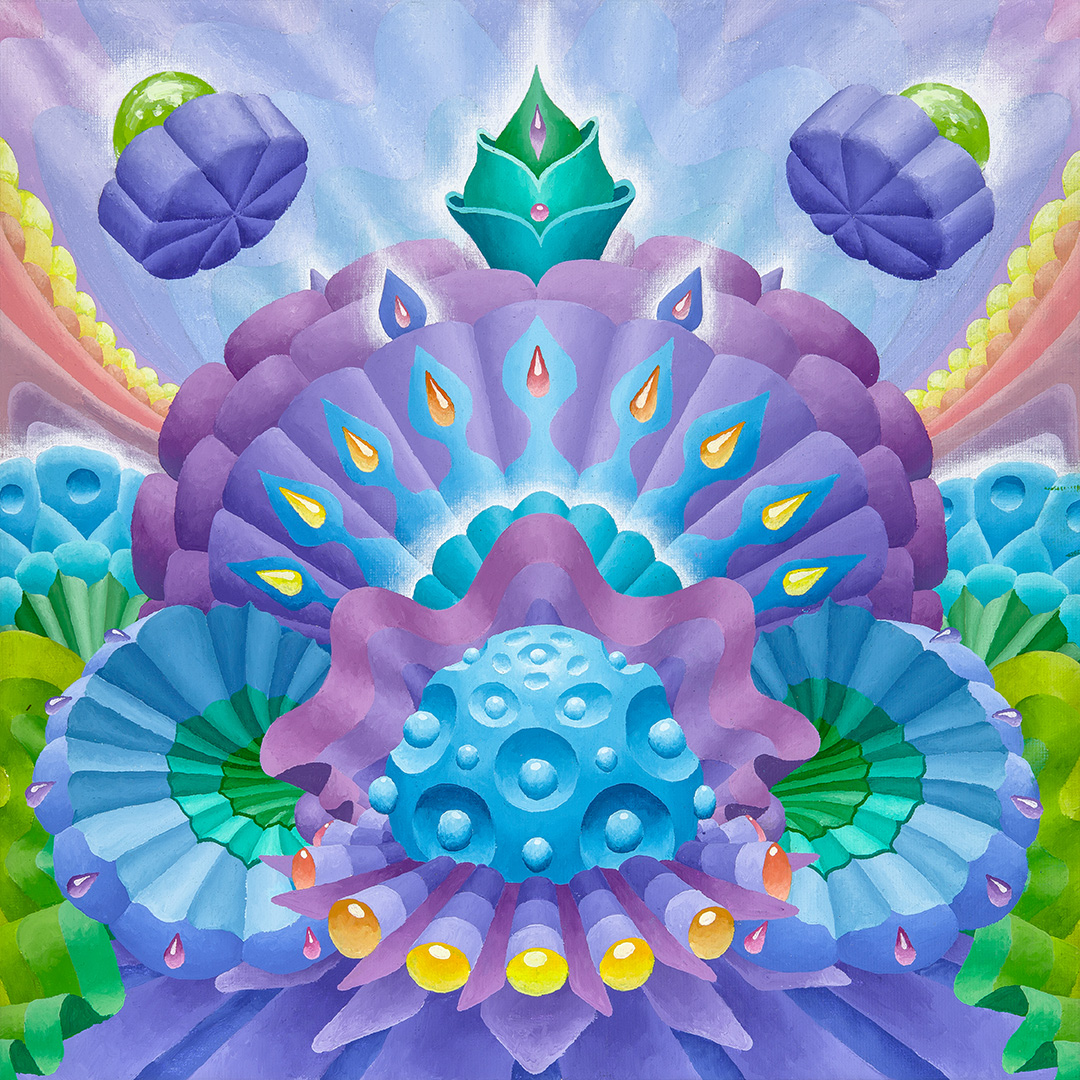 Dylan Thomas Brooks knew he wanted to paint since 1st grade. After graduating CU with a degree in oil painting, he began his professional career in 2007 live painting in Colorado’s emerging electronica scene. Performing several times a week, he was able to quickly start a language and dance with shapes and colors that have led to his development of Psychedelic Surrealism today. Eventually his style became more detail oriented and has shifted into primarily studio work. For the last 5 years Dylan has been exploring the psychedelic realms in Southern California, and is always trying to serve as a conduit for the transmission of artifacts and visions from mysterious realms and otherworldly places.