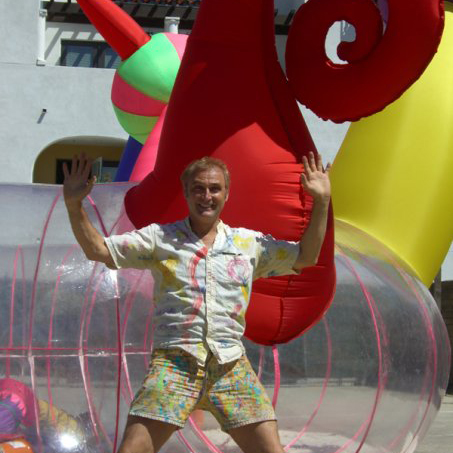 People say that Pali is a prolific artist in the Santa Barbara, California art scene. He is the creator of gigantic floats and whimsical costumes in the annual Santa Barbara Solstice parade. Wildly flamboyant, he struts around town and attends public receptions arriving in his hand-painted cars and suits.

He enjoys directing and creating multi-media videos in which he is dancing and painting and interacting with live musicians and the audience.
Every year he attends the Burning Man Festival with his illuminated inflatable sculptures attached to the top of his decorated Art Car.

Has been celebrating with Lucidity Festival since 2012