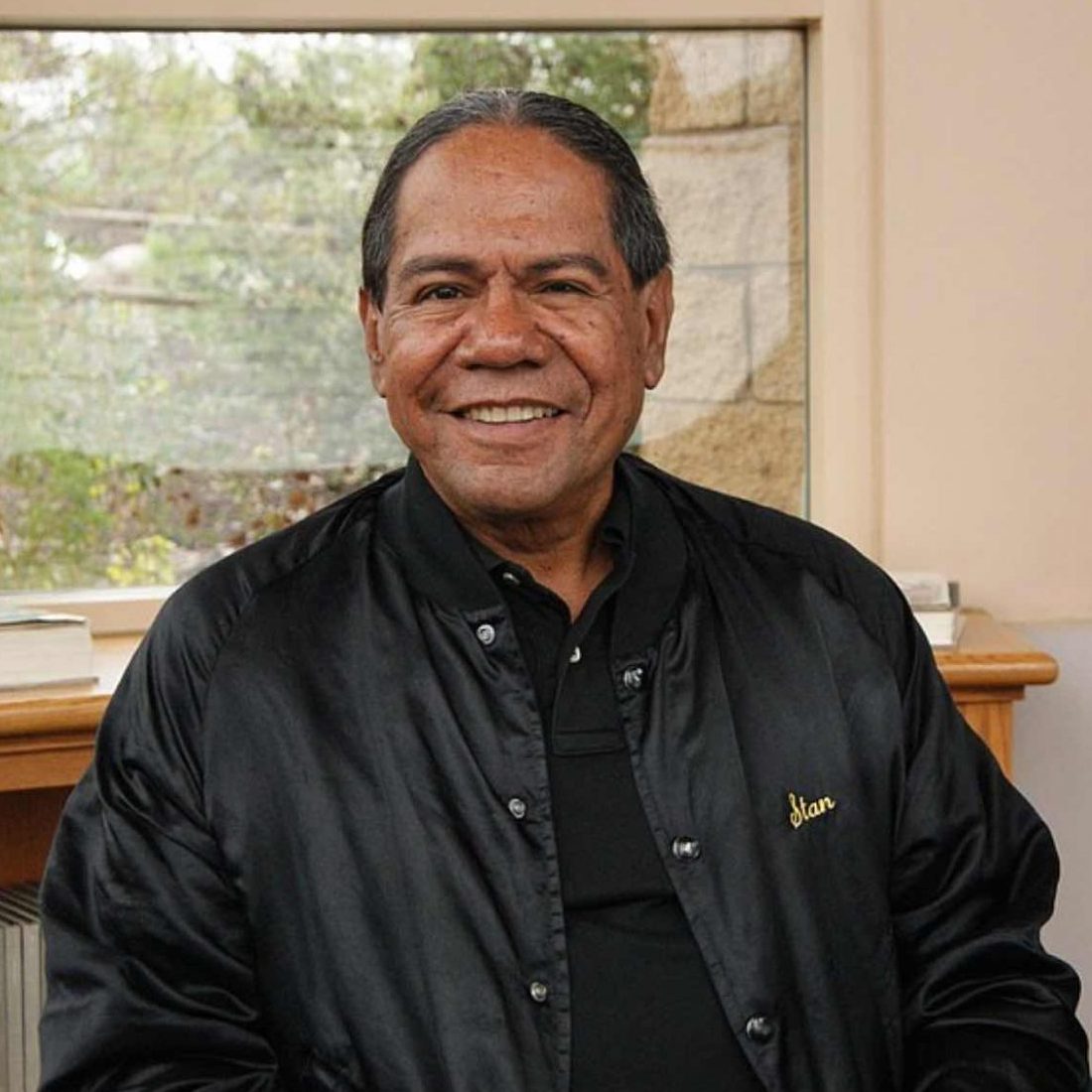 Stanley Rodriguez, member of the Kumeyaay Santa Ysabel Band of the Iipay Nation is an educator, language teacher, and tribal singer. He is an advocate for his community’s culture and traditions and serves in a number of advising and teaching roles in the San Diego and Native Kumeyaay communities. He has held the elected position of legislator for the Santa Ysabel Tribe of the Iipay Nation. Stanley is a US Navy veteran, has an MA in Human Behavior worked as a Drug and Alcohol Abuse Counselor and now teaches full time, having just completed his PhD in Higher Education from UCSD.

Stan Rodriguez learned from his Grandmother and other Kumeyaay Elders the methods and culture. Rodriguez sits on the board of a group whose vision is to strengthen language and cultural revitalization, known as the Advocates for Indigenous California Language Survival. Rodriguez has been teaching Kumeyaay language classes at Kumeyaay Community College on the Sycuan Reservation since 2000. The college is open to Native and non-Native students. Rodriguez does this work in an effort to bring Native American culture to any willing to learn. He has taught workshops at the Northwest Indian Language Institute, and he has been supported by the Alliance for California Traditional Arts in his efforts to learn traditional song cycles, such as Wild Cat, from master artists. Rodriguez regularly performs and provides demonstrations of tribal songs, games, traditional tool making, and structure building.