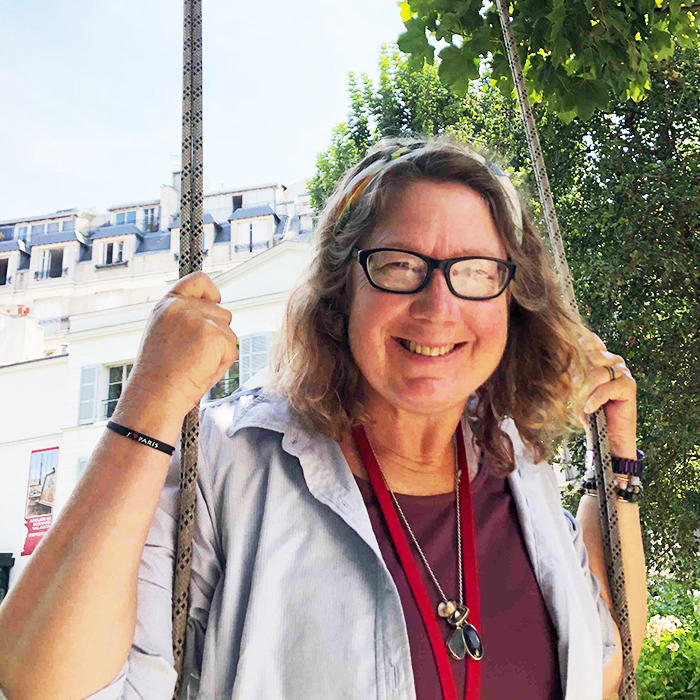 Gwendolyn Alley teaches writing at Ventura College with an emphasis on environmental problem solving. An avid blogger, she writes about wine with a focus on biodynamics and regenerative agriculture on Wine Predator and about eclectic topics including environmental issues on Art Predator.

A lifelong learner, Gwendolyn earned her undergrad degrees in literature and environmental studies at UC Santa Cruz; she has graduate degrees in education, English, and Ecopsychology; she completed yoga teacher training with Erich Schiffmann and Bryan Legere; and she studies health and wellness with Dr. Barbara Doreo where she learned ozone therapy for teeth whitening and how to make mouthwash. Gwendolyn has taught workshops and private sessions on many subjects from creativity to yoga to using ozone to making mouthwash. She’s taught how to make mouthwash at Lucidity in 2016, 2017, and 2019, and at Burning Man 2015- 2019.

Gwendolyn’s accomplishments include competing on the US Wine Tasting Team for the World Championship in France (2019),  climbing Kilimanjaro without medicine or oxygen (2019), completing the Pacific Crest Trail (one of the first 20 women to do so in 1987), receiving a public art poetry commission about water for Pasadena (2013), leading the Climate Marches in Ventura (2017, 2018) and performing as an Opus Archive grant awardee about the Thomas Fire at the Lobrero Theater (2018).  You’ll often find Gwendolyn in the mountains camping with her son and husband in their VW van.