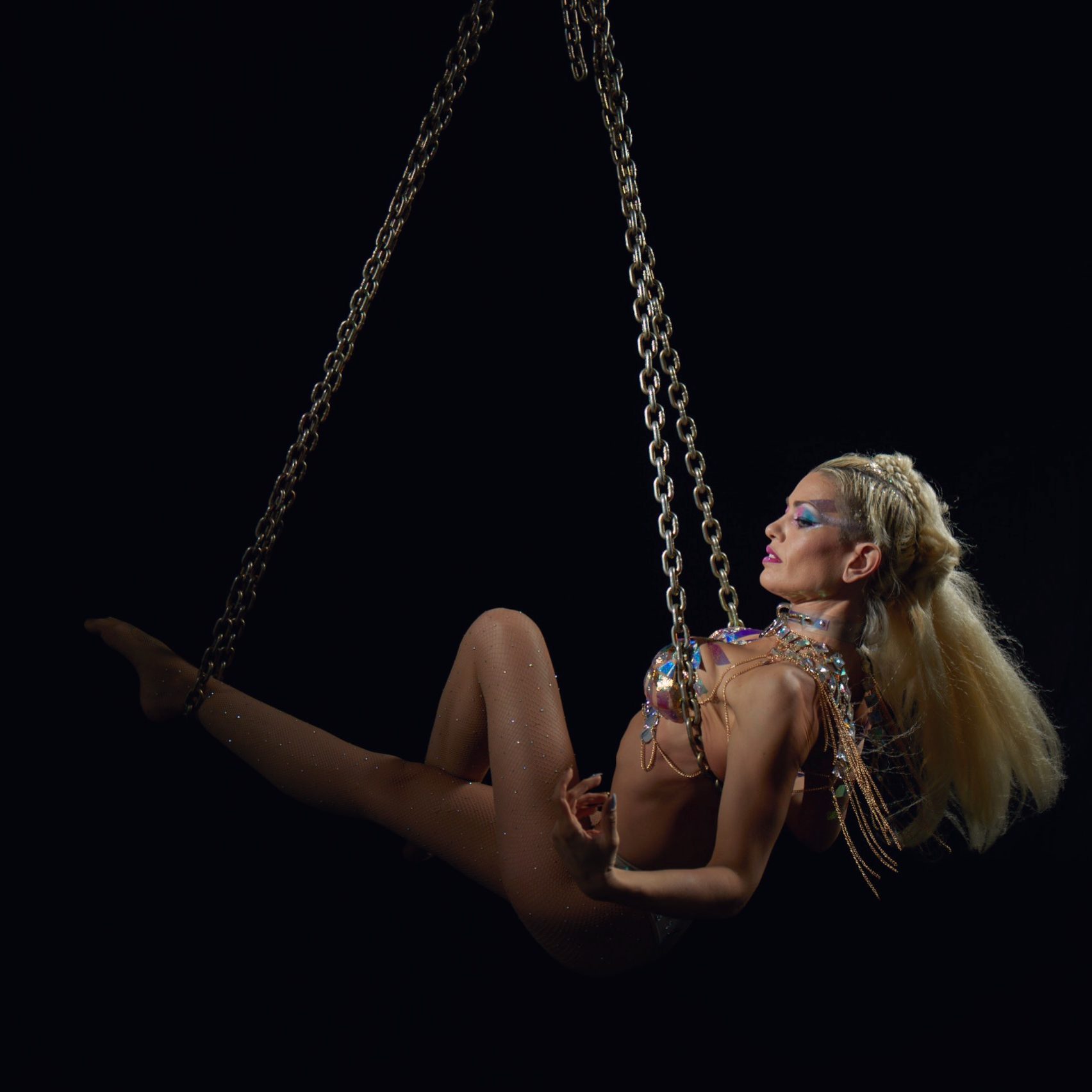 Viva is an extraordinary performance artist and model. She has shared the screen with actors such as James Franco and Jamie Fox and has appeared on national television for companies such as Victoria secret, BET and MTV. As a model, Viva has been published in international ads, album covers and magazine covers. She has performed aerial dance for some of the biggest DJs and rappers: Allesso, Carlcox, Swedish House Mafia, Avicci, Kaskade, tiesto, Calvin Harris, Snoop Dogg, Soulja Boy, French Montana, Wiz Khalifa, Ciara, The Weeknd, Chris Brown, Tyga, to name a few, and has broken a world record for being the highest performer (90 ft) for one of the biggest documented crowds of 150,000 people. She has had residency at multiple high end Hollywood clubs, performed at red carpet events, ultra events and performed under contract with companies such as Cirque Du Soleil and Insomniac Productions. Well-traveled and having lived in several continents, Viva has studied the art of aerial chains, sling/hammock, silks, Lyra, aerial net, fire eating, metal grinding and dancing. She currently resides in the Bay Area and runs a circus collective where she facilitates the opportunity for performers of all levels to display there skills. She teaches aerial dance and stretch classes 5 days a week and has a 3 year old son. You can currently catch Viva performing at some of the most amazing shows and clubs that San Francisco has to offer.