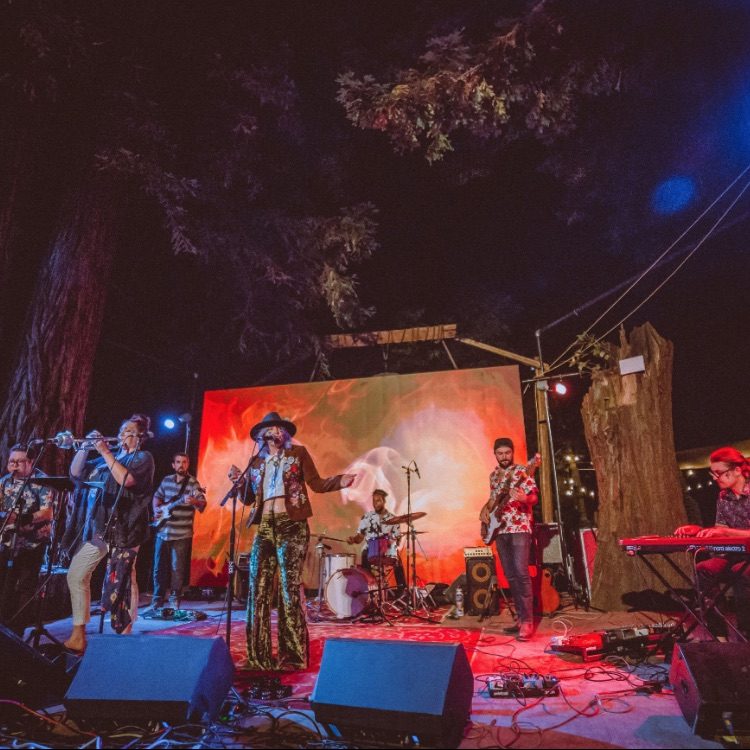 Beginning on a small stage in a Redwood forest in Northern California, Speakeasē was started by musicians Adi Gobert and Daniel Erik. The two musicians, equally steeped in the musical roots of blues, jazz, and funk melded their vision and talents to grow the project into a 7-piece neo-soul collective.

Speakeasē has packed well regarded venues on the West Coast including The Independent, The Chapel, and Cornerstone. In 2019, they hit the festival circuit, playing music festivals such as Lightning in a Bottle, Bear Music Festival and The Plunge.

Their debut album “DeerLion” released in the winter of 2018 is stacked with some of the Bay Area’s best talent. Speakeasē’s sound defies conventional genre boundaries, blending soul, funk, blues, and R&B into a curated hot plate of musical vibrations that will be sure to move your soul and leave you dancing.