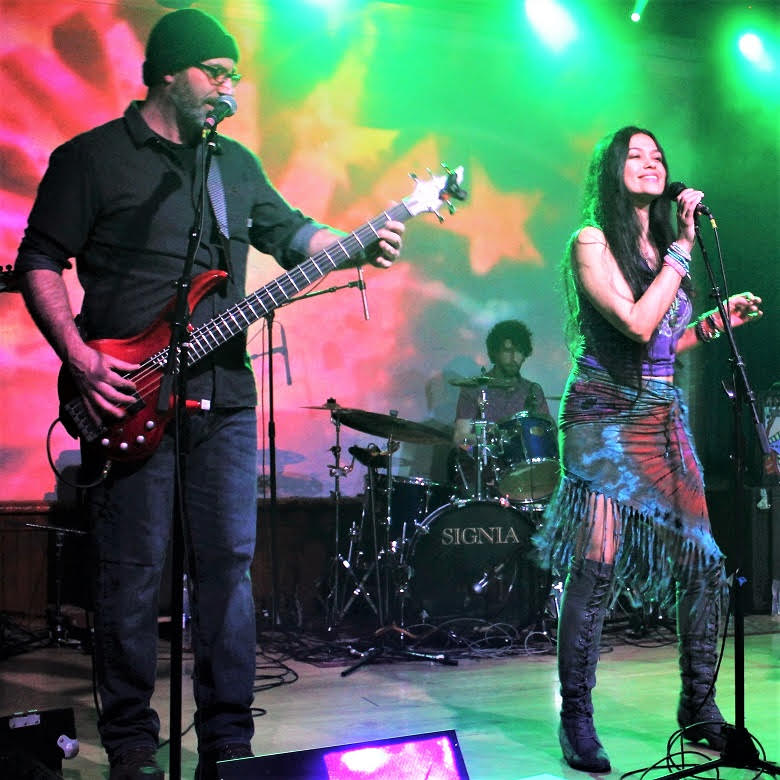 For three decades, One-Eyed Jack has been entertaining audiences throughout the U.S. as New Jersey’s top jam band.

While still in his teens, guitarist Gary Gallagher formed the group as a psychedelic garage band . After bassist/lyricist Adam Riley joined, their repertoire doubled and the sound grew stronger.Vocalist/lyricist Rosie Lazroe brought a presence of both fire and lightning with her dynamic voice and songwriting. Then came the driving rhythm of Vincent Smith, known for drumming that goes beyond the technical, into deeper transcendent spaces.Through various lineup and style changes, the original sound has remained – powerful rock & roll mixed with heartfelt lyrics that touch on both the spiritual and surreal.Their fifth original album is in the works.

As successful as their recording career has been, One-Eyed Jack are equally known for their thrilling, live performances. With a pulsating light show set to cosmic jams, their psychedelic blend of rock & roll transforms the audience to higher levels of grooviness and consciousness, creating an atmosphere to dance and “freak freely”.