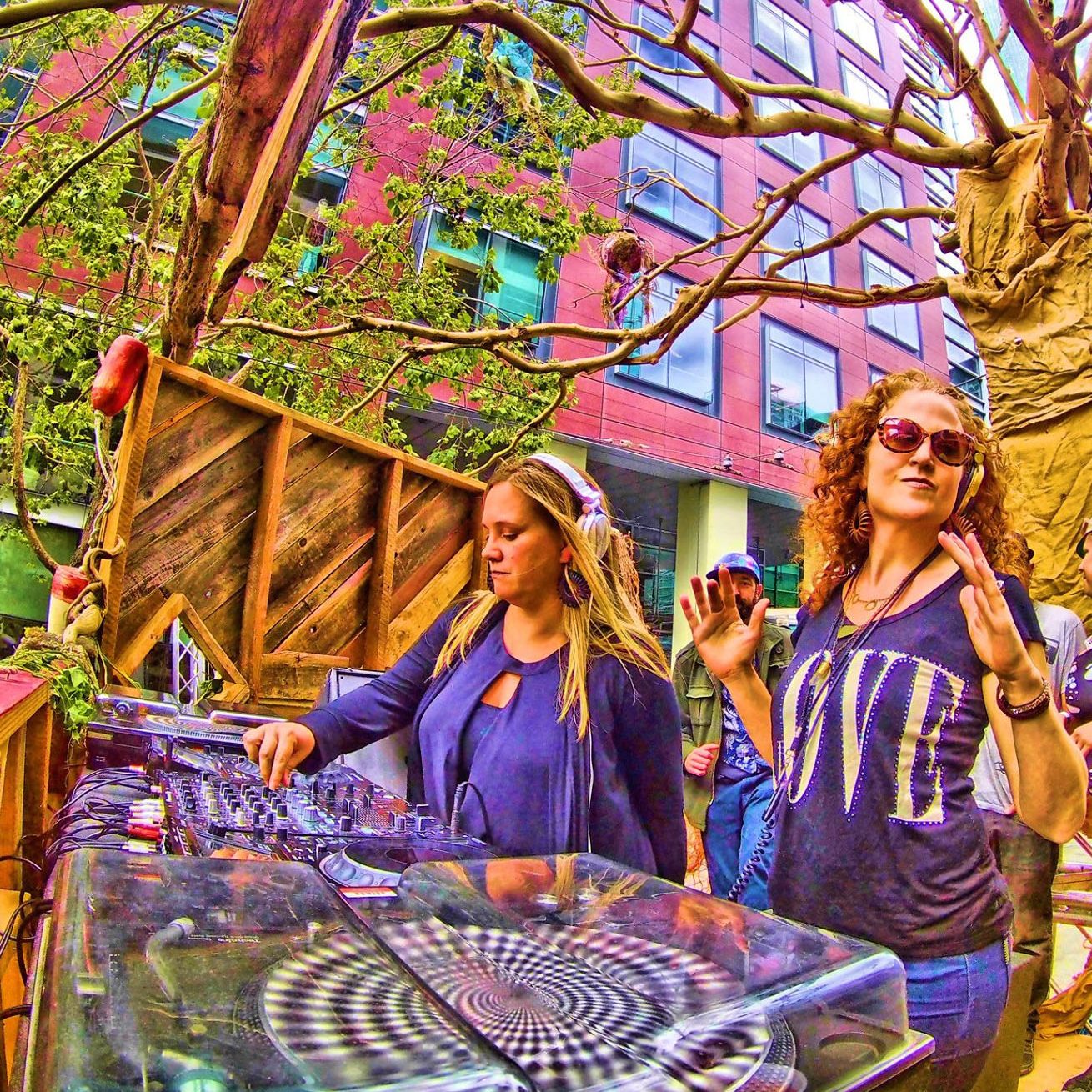 Digital Honey is the super group dynamic duo, that everyone has been talking about. It consists of Alia Wolfe and Ginger Vaughn, both highly accomplished DJ’s on their own, but put them together and a honeycomb of possibilities becomes a reality.

Playing a mix of tech-house, booty tech, breakbeat, and deep techno, with bits of hip hop tossed in like bacon on a chef’s salad to set it off just right, these girls know how to keep a dance floor moving and will do just that for as long as you let them.

Alia started Djing in 1997 in Colorado then moved to Santa Cruz California in 1998 and began her role as general director of 13Moontribe and later Raindance Presents.

Ginger Vaughn started Djing in 1998 in Seattle where she cofounded Hitgirl! Collective and began touring the US like a rock star. The two met and became friends at the legendary Santa Cruz 13 Moontribe parties and decided to start Digital Honey because it became obvious to both of them that they needed to be playing together.

Gracing the decks at many notable gigs including Freakeasy, Sea of Dreams, Freakers Ball, Chinese New year, Raindance Campout, The Bounce, and many stages at the Burning Man Festival, they have had enough practice to know what to do and when to do it.

Like a honey bee finding it’s way back to the honeycomb, Digital Honey will find it’s way into your party, and onto your turntables to find a special place in your heart. They have played alongside Tipper, Amon Tobin, Dirty Bird Crew, Glitch Mob, Bassnectar, Freq Nasty, Flying Lotus, Beats Antique, Johny Fiasco, Vibesquad, Fort Knox Five, and many others.

They bring a good vibe to a party atmosphere and usually between the 2 of them have a spare hand for high fives with the crowd. They like good music, stiff drinks, VIP Passes and anything else fancy you might have laying around. Some say that the honey bees are beginning to disappear at an alarming rate, we think it is more likely that they are just at their house listening to the new Digital Honey Mix.