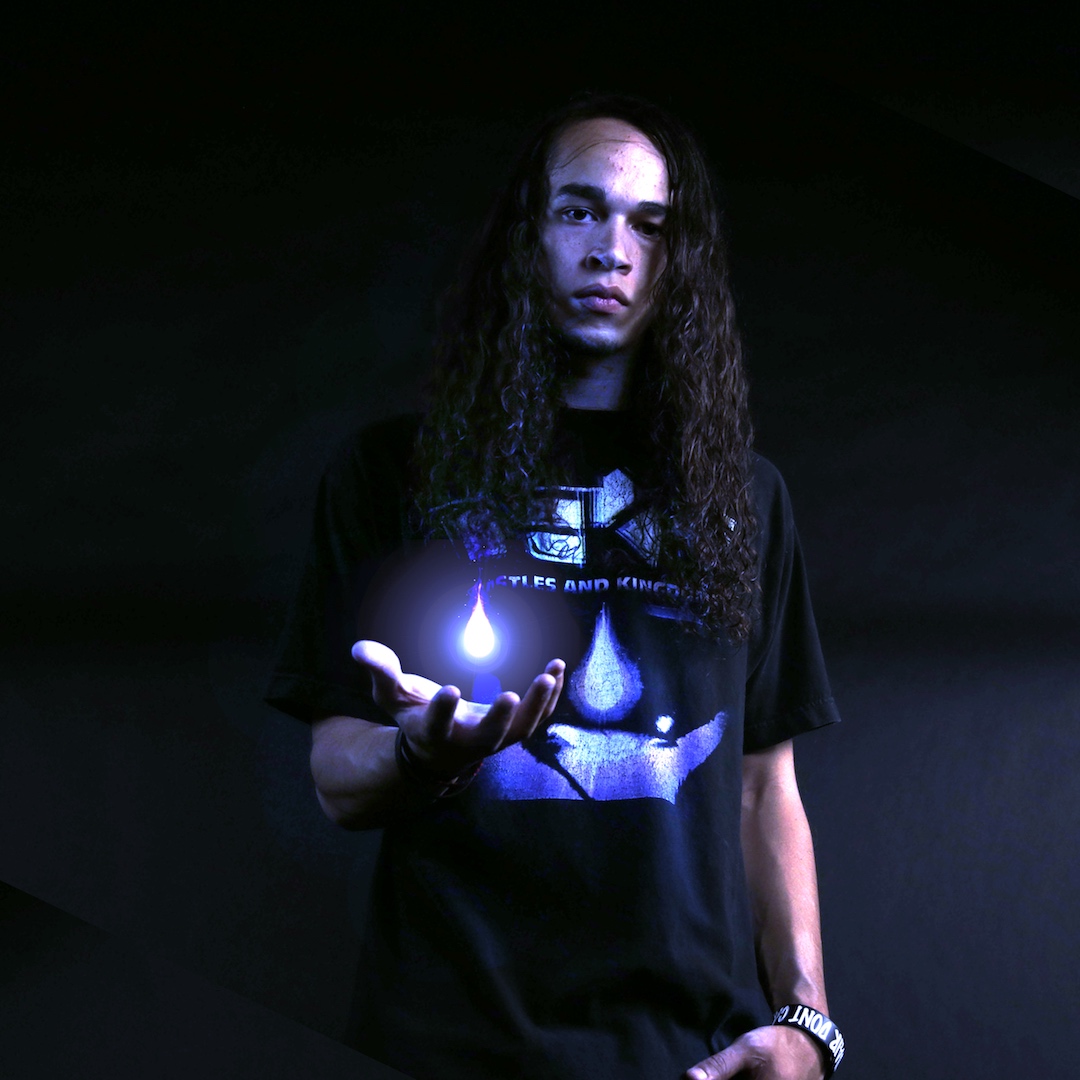 DEKAI’s masterfully blended ethereal melodies, intricate rhythms, emotional hooks, and journey-style mixes are enough to send anyone into a state of awareness and give a feeling of destined intervention. His live show includes an all original, genre-defying blend of sonic waves, and he’s joined on stage by his brother who is the irrefutable representation of DEKAI’s music in the form of movement & dance. This dynamic performance that is DEKAI has been witnessed by tens of thousands often leaving them awestruck and giving high acclaim.

Born to a family of musicians, Derek Page spent most of his life surrounded by a wide eclectic taste in music of all genres. His music is highly influenced by bands like Tool, Deftones, Nine Inch Nails, Radiohead, Miike Snow, Rage Against the Machine, and more. Although he got his first taste of production at a young age learning to program video games, it wasn’t until later in life that he created the DEKAI project as a way to excite the emotions, elevate senses, and create awareness among listeners.

DEKAI has shared the stage with some of the most popular names in EDM including The Crystal Method, CloZee, ill.Gates, Minnesota, Desert Dwellers, and many more. He’s seen releases on labels such as DAMN SON!, MalLabel, and most recently the visionary label and channel TIMEWHEEL. He’s also been featured on notable sites like The Untz, Conscious Electronic, SLUG Magazine, and ThisSongSlaps.com. His recent release “Mantra” saw viral success, and garnered support from thousands including acclaimed visionary channels like DMT: The Spirit Molecule, Psychedelic Awakening, and Evolve and Ascend.

With a growing fan base of listeners throughout the world DEKAI is poised to become an internationally recognized producer and is currently focusing on the West & East Coast scenes. DEKAI has begun pushing the envelope with live elements of drums, guitar, and fully synced custom visuals. This is an artist you don’t want to miss.